A couple of weeks ago I began relaying the saga of Orgone, a mysterious untapped energy source purported to solve issues like drought and to shield residences and individuals from harmful environmental radiation. But how did the questionable scientific findings of Wilhelm Reich, the man with whom its discovery originated, translate into ugly junk piles cast in resin?

Reich’s work went largely forgotten for decades after his death.  But in 1970 it was resurrected, in a way, by a man named Karl Welz.  Welz is touted with creating the orgone generator. Previously, orgone devices were thought to only accumulate orgone energy but Welz’ device apparently generates it. While acolytes of his work insist that his findings are actually based on the work of a man named Franz Anton Mesmer, the fact remains that we are talking about the same stuff: Orgone. And this energy is known to other cultures by various names among which are chi or prana. 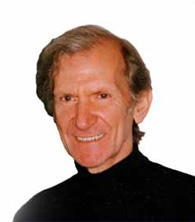 Another name that seems to be a bone of contention with Welz’ followers is that of Don Croft. He and his wife Carol are credited with the crafty trend we are currently seeing. Inspired by Welz’ and Reich’s work, Don began making the resin pieces filled with metal shavings and quartz chips. Later, he met Carol who, using her psychic gifts, saw and confirmed the energy fields which surrounded the pieces. Together, they refined the pieces and spawned a movement known as “gifting” whereby pieces of orgonite are put into troubled environments like tornado alley or on land suffering from severe drought. 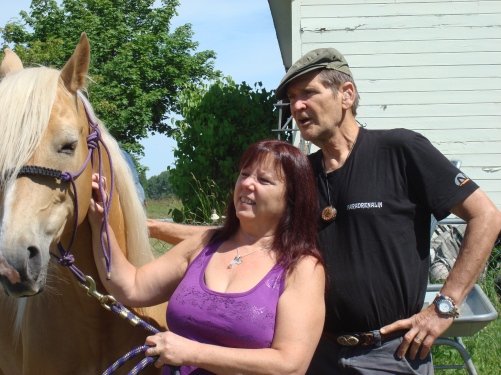 The Crofts seem like very nice people who believe whole-heartedly in what they are doing. They believe this information should be public domain so much so that they created a movement known as “gifting”where they distribute pieces of orgonite to areas they feel are in need like cell phone towers (a.k.a. Death Towers) and “any place that doesn’t feel right.” They offer it to the world so that others can replicate it and create “free energy.” However, the question still remains: is it worth giving? Is any of this backed by some sort of non-biased scientific experiment? The following is an excerpt from a pdf written by Don Croft entitled The Adventures of Don and Carol Croft. It begins:

“This is just too bizarre not to have a written record while it’s still fresh in my mind.”

This concession does little to help the skeptical reader suspend their disbelief  for within a few paragraphs the story takes a painfully expected and yet decidedly unbelievable turn:

“We started our energy work last year [June, 2000] (aside from the zapper business) when we used the Zapporium–our mobile factory, RV, energy center, home, which is loaded with high energy devices—to heal a vortex in the vicinity of Jim and Melody’s land (we simply parked the RV within the vortex overnight). Both of us sensed, then saw, some very irate aliens (grays) as that was occurring. They were unable to get into the Zapporium because of the intensity of the orgone field and were unable to harm us. The vortex, the energy of which was being ‘stolen’ by the grays, straightened out to its natural form within a few hours & the aliens departed after letting both of us know that they were very perturbed.”

I think it’s safe to say that The Crofts are in no danger of laboratory testing…unless it is aboard a spaceship and they, themselves, have become the unfortunate subjects. 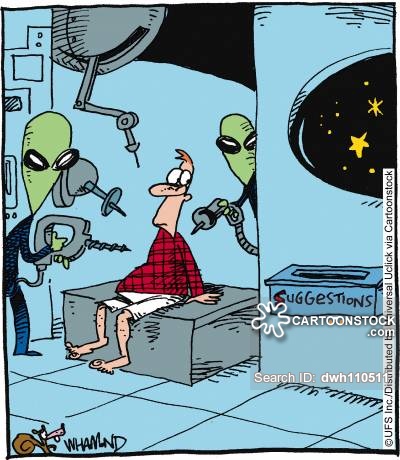 So what, exactly, are these miracle devices that can shield against harmful environmental radiation, remedy droughts and protect against the harmful effects of governmental weather experiments a.k.a. chem trails?

This is actually one of Carol’s pieces. Prettier than much of what is out there!

Orgonite is a chunk, block, pyramid, of two part resin, a.k.a. carbon-fiber-reinforced-polymer, in which metal shavings/pieces are layered with crystals like quartz. Sometimes creators get specific and choose crystals that are supposed to better match the individual’s energy. Sometimes there is a copper coil at the top thought to boost the effectiveness of the piece. And sometimes, people make them more artistic by adding symbols or the old standby: glitter.

The best explanation of the theory behind orgonite comes from a website called “Orgoniseyourself.com”

Orgonite is based on these two principles. It is a 50-50 mix of resin (organic, due to the fact that it is based on petrochemicals), and metal shavings (inorganic).  A quartz crystal is also added to the orgonite mix.  This is because of its piezoelectric properties, which means that it gives off a charge when it is put under pressure (resin shrinks when it is cured, so constant pressure is put on the quartz crystal).

Due to the fact that the elements contained in orgonite are constantly attracting and repelling energy, a “scrubbing” action takes place, and along with the charge that the crystal gives off, this cleans stagnant and negative energy, and brings it back to a healthy, vibrant state.”

Thank goodness there is at least ONE site that offers a straight forward description of what orgonite is and how it works. The majority of information out there sounds like a dissonant combination of pseudo-scientific jargon and conspiracy theory. Take, for instance, a site I stumbled upon called “Tokenrock.com” when I was looking for an explanation for “scalar waves,” a term which popped up repeatedly with regards to orgonite.

“Scalar wavelengths are considered to be finer than gamma rays or X rays and only one hundred millionth of a square centimeter in meta-width. They belong to the subtle gravitational field and are also known as gravitic waves. Uniquely, they flow in multiple directions at right angles off electromagnetic waves, as an untapped energy source called ‘potentials’.”

Seems legit? Well, a few paragraphs later, it goes on to say:

“There is a covert plan underfoot to change the way time is expressed on this planet altogether using hyperdimensional physics and Tesla technology, by splicing earth back onto a now defunct Atlantean timeline in which Lucifer hadn’t fallen from grace.”

This is what researching Orgone and Orgonite is like…a wildly swinging pendulum that arcs on a spectrum from Almost Science to Tinfoil Hat. 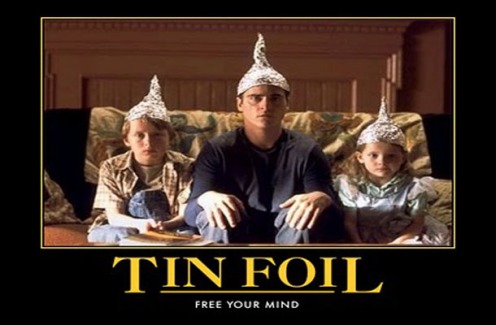 Still, there are organizations that believe so strongly in the power of this resin junk pile, they risk their lives to spread it across a continent. Take, for instance, Organize Africa, a group of people that travels the world distributing chunks of orgonite into the environment. They place them in fields and at the bases of cell phone towers, the sole purpose? To make it rain. And several of their members have spent months in foreign prisons because they were mistaken for terrorists. 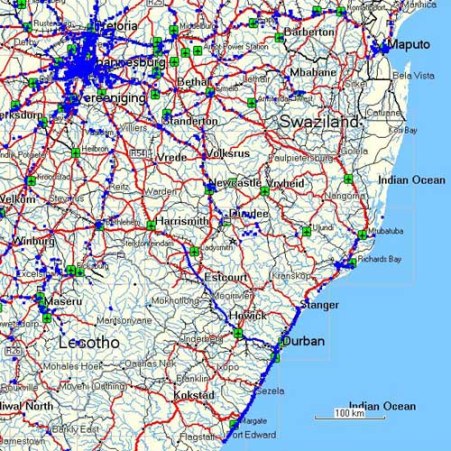 A map of the global littering efforts. I mean…gifting.

I honestly can’t tell you if their efforts succeed. If you read any update post (and there are many) on their website, they will assure you that their efforts brought about a complete change in the environment. They talk about blue holes but their many pictures of the sky never actually illustrate this. Maybe I just don’t have the ~eye~ for it. Sure enough, by the end of a successful trip, there is pictorial proof that the skies are crying tears of joy and freedom across the land. But if it rains during the rainy season, even if it’s a particularly dry one, isn’t it just ~possible~ that the rain is not a result of the orgonite?

As a paranormal investigator/enthusiast, I work hard to maintain a degree of objectivity. And as the writer of this little blog, I work hard to pass that on to you. This subject has made me STRUGGLE with that. There is no middle ground. Research has yielded ~nothing~ in the way of scientific proof. And those for or against this topic have little in common save for the passion with which they express their points of view. Given the lack of proof for or against the efficacy of this invention, my personal opinion rests on the side of ~snake oil.~ 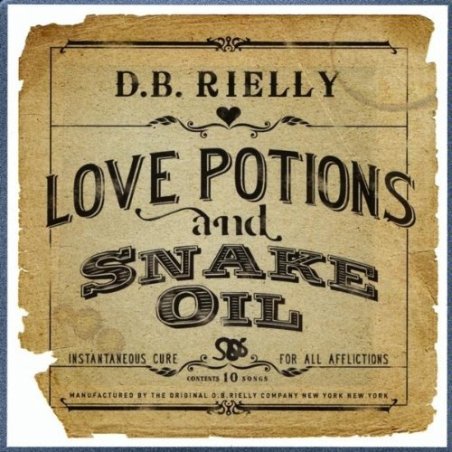 While I could purchase or make (which would be just as expensive) my own pieces of orgonite with which to do my own experiments, I think, for now, I will settle for keeping my eyes and ears open for any updates or advancements regarding this topic because, honestly? Writing about it just makes me tired.

Cruisin the front page of Yahoo this morning, I came across this:

The Future of Ghost Hunting?

Why didn’t I think of this! Is ~this~ the future of Ghost Hunting? An EMF detector at your fingertips? I want a different color light in each fingertip to show the strength of the field my “magnetic earth mineral” (otherwise known as hematite) is sensing! I’m sure if we work on this new technology as a community we could really flesh this idea out! Get it? FLESH..cuz the magnet is implanted…yeah. Anyway, talk amongst yourselves.