What Does It Mean To “Ground Yourself?”

When I first started investigating I found myself in a strange place. Growing up, I very much believed in ghosts, psychic phenomena, and many of the other things that fell into the category of the “paranormal.” But having never had a definitive experience,  I was still of two minds: the stubborn skeptic and the willing believer. It only took one investigation and one evidence review before I began to understand what it felt like to connect with that ethereal world.

But aren’t we all just a little Scully and Mulder from time to time?

As time went on our team began to investigate regularly. I kept a watchful eye on my own progress. What activity did I seem most likely to experience? How did my body react to places that were charged with paranormal activity? And while the phenomena ran the gamut (though there was a heavy focus on auditory phenomena), the way it affected my body stayed the same.

In places with high activity, I would feel lightheaded or a mild, throbbing head pressure. Sometimes, I would start crying for no reason. There was nor real emotion behind it, just a steady stream of tears (which is always fun in public places. Don’t mind me…I’m just crying.) A few of the spirits I grew to know well said hello by tugging on my heartstrings; literally. This would also evoke tears but these tears were connected to very strong emotions of gloom or just a general sense of being emotionally “touched.” Kind of like that Hallmark commercial that just gets to you.

Any time these things would happen Jamie would tell me “You need to ground yourself.”And while I knew it was a way to stop myself from getting all lightheaded and woozy, I feared it might lessen my sensitivity to the things I was experiencing. This,  however, is not the case.

So! What does it mean to “ground” yourself? It’s really pretty simple. Grounding yourself means keeping a balance between your physical and spiritual bodies. Some of the symptoms you might experience when you are ungrounded include:

At first, that last one didn’t resonate with me at all. But after giving it a moment of thought, I realized that there were many times during investigations, when activity was high, where I could barely form coherent sentences. My words came out all jumbled. I just couldn’t focus. Looking at that list, it paints a pretty good picture of what it’s like for me during investigations.

So…what do we do about it? The first thing I found that really worked for me was exercise. Before every investigation, it became my habit to go to the gym. I didn’t realize that I was developing my own little grounding ritual. All I knew was that my hour of cardio had become like a meditation for me. It would help me connect with spirit before the investigation even began. Sometimes, a bit TOO well.

I remember one time I was on the elliptical, chugging away, and I was completely overwhelmed by not one but several familiar spirits who all had separate messages for me. Why me? Because I was open to it. Why all at once? Because they rode each other’s coattails. Now, you would think that someone planning on ~hunting ghosts~ that night would be thrilled that they hunted her first but, I have to be honest;  it scared the crap out of me. I had never experienced something so focused and intense. I’ve said it before and I will say it again. I do not consider myself a medium. But when you actively seek out the dead, you open yourself up to that communication and, unless you maintain the practices of someone who IS a psychic medium? You can’t always pick and choose when that communication will come through.

That experience helped me understand that “grounding” yourself does not lessen your connection to spirit. It improves it. It keeps you rooted in your physical body while you open yourself to the communication you seek. It strengthens you.

While exercise was my choice for meditation, it is important to understand that all meditation helps to ground you. My belief in meditation was much like my belief in ghosts when I was growing up: stubborn skeptic, willing believer. I made a lot of excuses over the years as to why I did not practice meditation. It was boring. It was hocus-pocus. I didn’t think I could do it “right” so I didn’t bother doing it at all. But believe me when I say, any amount of meditation is better than no meditation at all. Five minutes of laying quietly and listening to your own breath can do wonders for you, ESPECIALLY when you live in a society that values ~more, bigger, better, faster.~ That world never resonated with me and yet I was too afraid to try something different. It took me years to allow myself the belief that I just wasn’t cut out for the fast paced, compact, traffic-filled life I was born to in Los Angeles. Now that I’ve accepted it, I see that no one is. And while, over these past few decades, there has been a lot of buzz about “being selfish” or “taking time for you,” it seems that, by and large, our lives still run us when it should be the other way around.

There are a lot of guided meditations on YouTube. I’ve never really used any of them so I’ll let you explore the options for yourself. But, I have to recommend, if you want to try a guided meditation, take a look at SageGoddess.com. Located in Torrance, Ca., this store is run by an incredibly knowledgable woman named Athena. She imbues everything she does with thought and great energy. And broadcasts rituals through her website. Don’t let the term “ritual” scare you. For each one she chooses a god or goddess from one of many pantheons. And even if you know nothing about the archetype she has chosen, she will educate you in good, old fashioned, conversational English. And she will talk you down into a very peaceful meditation that frees your thoughts and quiets your mind. The information she gives is interesting. It gives you something to think about and you never feel alone during the meditation. And no, I was not paid to write this. I’m just really appreciative of my experiences with her and her shop. They have gotten me through some very difficult emotional roadblocks and I am very thankful. 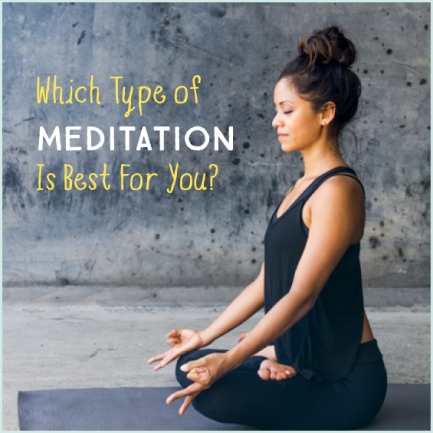 Now that I have twisted your arm properly about meditating, I can move on to crystals. I can’t begin to tout the science behind them. I can tell you that crystals and minerals are like batteries, that they are supposed to foster a transference of energy helping you to create a balance. Again, this is an area where I find myself of two minds. But recently, I was swayed more towards willing believer. While at an event, I found myself overwhelmed with my own emotions as the room filled up with people. I could not stop crying. Tears streaming down my face, trembling. It was just too much. I HATE being emotional in public but all I could do was make myself as small as possible and hope to go unnoticed. Jamie was with me and she handed me a piece of garnet. And within a few minutes, I felt so much better. I was still crying but the panic died down. Now, I mention this because I have tried using hematite which is said to be a good stone for grounding. But it never really did much for me. Maybe I needed a bigger piece? I don’t know. All I know is that I could feel an immediate taking from that garnet. It helped balance me out so that, even though I was experiencing a welling of emotions, I wasn’t experiencing the side effects of worry, panic and fear over having such an outpouring in a public space. Even as I write this, I know that were I to read it, my instinct would be to snort at it with skepticism. But for those of you who suffer from panic attacks or social anxiety, could it really hurt to try?

I hear the jaspers are great for grounding too.

This has been my journey to connecting not only to spirit, but to myself; to broadening my spiritual tool kit and allowing myself to open up to some of the more new age concepts that old patterns of thought are quick to dismiss. I argue that such dismissal is hubris. And hubris is something we should all be ashamed of. I’m including some links to a few sights I found while researching this post. One of them provided me with that list of symptoms. There is some good information about other things you can do to help ground yourself. Because you can never have too many tools!